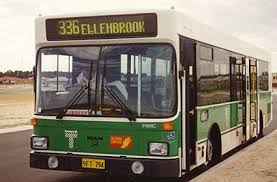 THE State Government has announced its preferred proponent to carry out the multimillion-dollar Ellenbrook Bus Rapid Transit (BRT) project. Transport Minister Bill Marmion announced last week CBP contractors would work with Main Roads WA, in partnership with the Public Transport Authority and the City of Swan, to deliver the $55 million project.

“The BRT will provide a vital transport link between Ellenbrook, its neighbouring communities and the Midland Train Line,” Mr Marmion said. “This will deliver a streamlined, reliable bus service for commuters in Perth’s northeastern corridor, particularly the suburbs of Ellenbrook, Brabham and Dayton.

“Construction on the project will also generate around 100 jobs.”

Plans for an upgrade of the 9km stretch of Lord Street from Ellenbrook to Marshall Road were first touted in 2011, before being abandoned ahead of the 2013 State Election.

Earlier this year, Premier Colin Barnett announced the project – which it is claimed would lead to shorter, more reliable bus journey times for those in Perth’s northeastern corridor – had been resurrected.

“In addition to the bus transit way, two sections of single carriageway road, known as ‘New Lord Street’ would be constructed between Gnangara Road and Park Street,” Mr Marmion said.

This entry was posted in Community, Public Transport, Roads. Bookmark the permalink.