ELLENBROOK residents are being promised faster commute times in their cars, with the State Government announcing a new dual carriageway for Lord Street.

The project, which will replace the previous government’s bus rapid transit plan to Ellenbrook, will build a new Lord Street between Reid Highway and Gnangara Road, connecting at Drumpellier Drive.

New Lord Street, to be built in an existing transport reservation, will run parallel to the existing street and will include a new bus park and ride and priority traffic signals.

A shared path will also run adjacent to the road, providing improved access to Whiteman Park for cyclists and pedestrians. 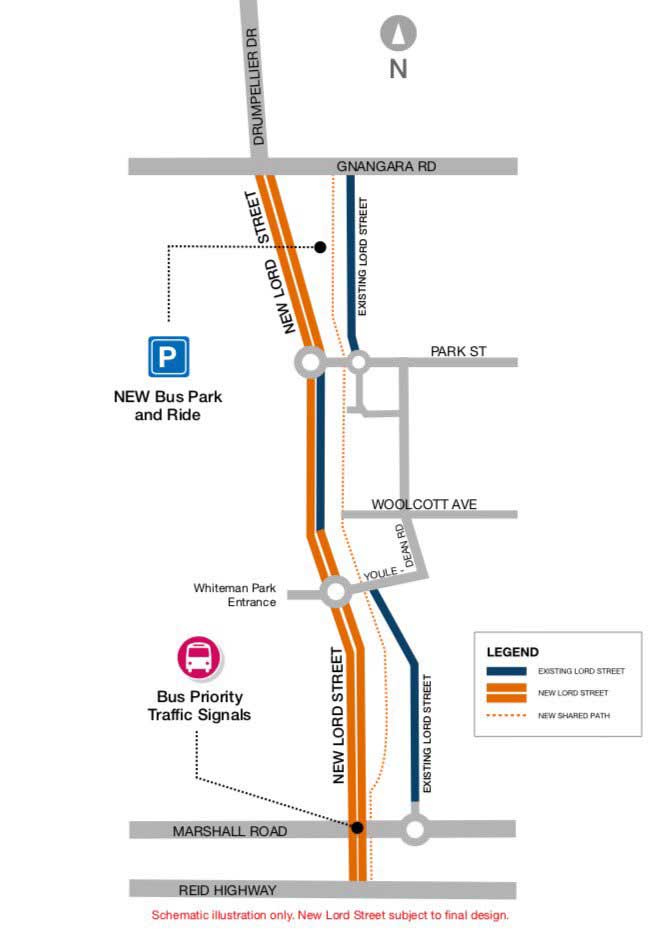 Premier Mark McGowan said the project represented the first step in Labor’s plan for a train line to Ellenbrook.

“A bus lane for Ellenbrook was never going to cut it; that’s why we’ve moved swiftly to build a new dual-carriageway to ease traffic congestion and start work on the rail line to Ellenbrook,” he said.

Transport Minister Rita Saffioti said the project was achieved after the Government renegotiated the contract for the BRT, and would not cost any extra.

“New Lord Street will address one of the major bottlenecks on our road network – the southbound approach to the Marshall Road roundabout, where queues during the morning peak can extend to 2.5 kilometres,” she said.

“This project forms part of a series of transport improvements for Perth’s north-eastern suburbs.”

She said the total cost would be $57 million, plus $5 million for the relocation of telecommunication technology near the planned site of the Ellenbrook train station.

This entry was posted in Community, Roads. Bookmark the permalink.