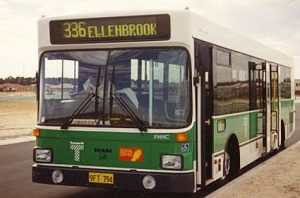 Yesterday’s Budget flagged $49 million for an Ellenbrook bus rapid transit line, another project beset by controversy and broken promises. Promised as a rail link in 2008, the Barnett Government began planning a BRT in 2012 but cancelled it when the cost ballooned to $110 million.

Once reaching Marshall Road, the bus becomes a normal service to Bassendean. Passengers can also get off and take a connection service to Midland.

“This is not a promise — this is in the Budget, the funds are there, we now move immediately to design and construct this year,” Mr Nalder said. “We still see, in the long term, a rail line will be required for the people of Ellenbrook, but it is still 10 years away.”

Creation of New Lord Street and modifications to existing roads

Two sections of single carriage way road, known as New Lord Street, will be constructed, a 2km stretch between Gnangara Road and Park Street as well as a 2.8km stretch between Youle-Dean Road and Marshall Road. A further 0.7km of dual carriageway road will be constructed linking to Reid Highway, with modifications to adjacent roads along the route.

Opposition Leader Mark McGowan said the only option for Ellenbrook was a train line.

This entry was posted in Community, Public Transport, Roads. Bookmark the permalink.