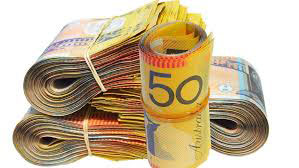 Rates will be firmly on the agenda at an annual general meeting for ratepayers in the Swan Valley who have calculated an 8.25 per cent rise in rates on Unimproved Value (UV) for rural and special rural properties, despite the City of Swan saying the rate rise would be 3.25 per cent.

Typically the urban areas of the city are rated on Gross Rental Values (GRV) as set out in the Local Government Act 1995, with UVs applying in the rural areas, typically found in the Swan Valley and the Darling Scarp.

Valuer-General (VG) Graham Jeffery said 4221 unimproved values were provided to the city for rating purposes and a large proportion of these were in the Swan Valley region.

A total of 578 properties were recorded by the VG as being reduced in value, 3208 stayed the same and 435 increased in value.

The UVs were provided to the city in mid-April and Mr Jeffery said while overall there was a 3.4 per cent reduction in the total, this was not uniform, some UVs increased while others remained the same.

“Generally the market has been flat and many UVs have not changed,” he said.
The Valuer-General said the UVs were provided to the City of Swan in mid-April 2016.
The city set its rates in May and advertised an increase of 3.25 per cent.”

Swan Valley Residents and Ratepayers Association president Jeff Williams said residents wanted to know why rates had gone up by 8.25 per cent on UV properties when the VG had rated their properties as unchanged in value?

Mr Williams said the city had increased the multiplier, which was the rate in the dollar, and this had produced an 8.25 per cent increase in rates.

“Why did the city change the multiplier for rural and special areas to produce this increase?”

“Why has the city also increased the multiplier to rural and special area properties that have decreased in value?”

City of Swan chief executive office Mike Foley said UV rated properties were revalued each financial year so the differential rate in the dollar needed to be adjusted to achieve the percentage increase adopted by council.

“This means that the rate in the dollar could be more or less than last year’s, as the calculation is largely dependent on the valuation.’’

“This principle is applied to all UV rated properties when working out the rates to be levied based on the percentage increase adopted.”

Mr Foley said as the total valuation supplied by the VG decreased in 2016-17, the city needed to increase the rate in the dollar to achieve the 3.25 per cent increase as adopted by council.

Mr Williams said the SVRAA was now calling for a rates recalculation and this was an issue they would raise at their annual general meeting next week.

This entry was posted in Shire Rates. Bookmark the permalink.