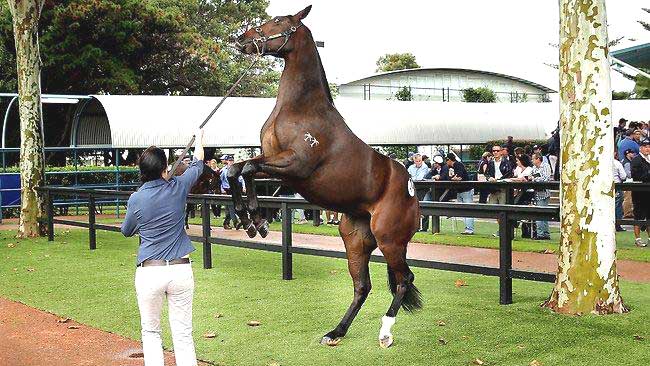 Mr Houston said the venue, proposed for a Dale Road property bought by the company last month, would include about 300 stables and a selling auditorium.

He said they were now working on rezoning the land in the hopes of completing the development in 2018.

“Once we are certain of that then we can proceed with all the works,” he said.

“Some of the stuff we can have ready to go anyway, but obviously you can’t do any building and that sort of thing until we’re sure we’re going to be able to go ahead.

“But it would be lovely to have our own complex sooner than later; with the proposed redevelopment of Belmont (Racecourse) we have to move anyway, and that facility is old and not of the standard we required or the industry requires so we need to have our own going.”

Mr Houston said the Swan Valley was an iconic, ambient region that was ideal for the venture. Magic Millions’ David Houston at the site of a planned yearling sales venue.

“Racehorses and wines I think go together,” he said.

He said the property was conveniently located off the Great Northern Highway and accessible to those coming from the city.

“Local businesses, the accommodation places whether they be bed and breakfasts or some of the bigger places like Mandoon and The Vines, they’ll all get some sort of a spin-off,” he said.

This entry was posted in Equine, Tourism. Bookmark the permalink.